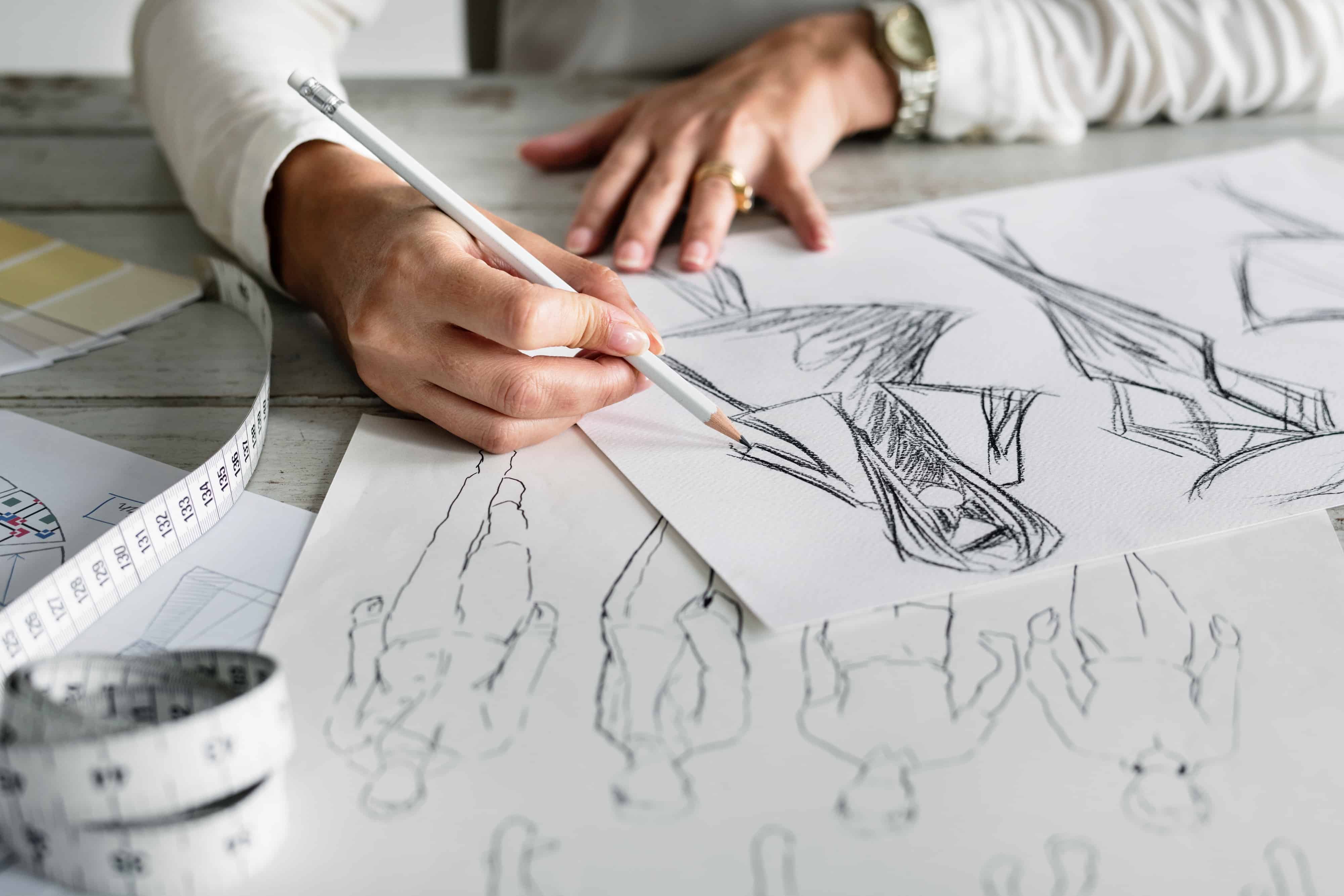 As a self-proclaimed fashion innovator, my intrinsic need for upscale designer clothing has haunted me for years. More often than not, I wind up leaving the dressing rooms at Nordstrom full of Burberry, Tory Birch, and BCBGMAXAZRIA, while painfully leaving my closet empty—my bare hangers just waiting for the day that I win the lottery. That is until I figured out that you can buy a strikingly similar product for less than half the price by purchasing a knockoff. However, while it can be tempting to purchase a knockoff item because of its low price and similar appearance, these items cause serious problems for the designers who spend their time, money, resources, and creativity producing the original product. There need to be more safeguards put in place to protect against copycats and trademark infringement. There are serious consequences of knockoff and counterfeit items that are felt by designers—including the loss of profits and a diminished value of the brand’s trademark.

In the world of fashion, that “knockoff” product, that cheap duplicate item, has serious implications for the original creator. Because only specific design elements, such as prints, patterns, or unique fabrics, are actionable—not merely a similar clothing design[1]—it can be difficult to prove that a designer’s intellectual property was stolen, and even more difficult to bring a lawsuit against imitators. Because of the instantaneous nature of technology, and because of the expansive amount of information readily available at our fingertips by way of search engines and social media, it has become much more difficult to protect original creations.

In a recent article, a representative from Forbes Magazine interviewed attorney Eleanor Lackman, who stated that “given the prevalence and ease of taking photos from runway shows, sending them to overseas factories to make knock-offs and putting items up on the internet, monitoring and enforcement can be very difficult.”[2] For example, it can be very simple for an Instagram user to take a screenshot of a post they see, crop out the name of the original photographer, and post that same photo on their feed as if it were their own. In the same regard, one can utilize the Internet and social media in order to follow various designers, view their debut compositions, and create their own imitation based on the designers’ original work. Worst of all, the original stylist has no way of knowing that their creative expression has been plagiarized.

One of the latest major offenders of parallel design is online retailer Fashion Nova, posting a knockoff of Kylie Jenner’s jumpsuit from her twenty-first birthday, a mere twenty-four hours after a photo of the outfit was posted on social media. Kylie’s outfit wasn’t the only one that Fashion Nova duplicated from the night, either: Kim Kardashian’s Yeezy dress was also featured and available for purchase the next business day.[3] Not only is Fashion Nova obvious in its forgery, it actually touts its imitation by placing side-by-side photos of the original ensemble next to the cheap, replicated version on its website.[4] The most impactful ramifications of these copycat designs are the potential decrease in sales to the original designer and the availability of such design to the general public.

Beginning in the early 20th century, fashion helped to demonstrate both social status and the amount of wealth that a person had; even today, this is still the case. Further, fashion is a means of unique self-expression; when that self-expression is wrongfully taken and imitated, one can even feel as though part of their identity has been stolen. On a fiscal level, designers want to make the most sales that they possibly can while catering to their market, and wealthier classes of people often take into consideration the uniqueness that an item has to the general public when evaluating its exclusivity. The more expensive an item, the more value it has to the purchaser, and in turn, the less accessible it is to those without the funds to afford them. If inexpensive knockoff items are virtually indistinguishable from the real ones, more people will be able to afford the style from the producer of the replica—thus negatively impacting the original designer’s sales and the value of the brand’s trademark. More importantly, trademark law, with its rights and remedies afforded to trademark owners, has been established to prevent unfair competition. The policing of both blatant and subtle infringements are important to uphold this standard of protection.

So how are the production of knockoff items legal? There is a clear difference between a knockoff good and a counterfeit good—knockoffs aren’t directly attempting to convince the consumer that they are actual designer items, or that they are exact copies of a designer’s logo or pattern, but they do closely resemble another item.[5] Knockoffs clone a general style or design so that consumers can achieve a certain look without breaking the bank. However, the brand that inspired the knockoff design does have recourse and can challenge the production of their designs by imitators in court. Counterfeit items, on the other hand, is merchandise that is identical to another product and directly violates the trademark of someone else’s product.[6] These types of products are the ones that you find in the back alley of Canal Street or on the black market.

Despite the fact that currently, only a very limited subset of unique, creative intellectual property can be legally protected, it doesn’t seem as though any copyright, patent, or trademark law will become more stringent any time soon. It is up to the celebrity or the brand to safeguard their trademark in order to make sure that their rights aren’t being offended by impersonators. Many designers who experience the blow of having their designs imitated have the option of bringing civil lawsuits against the second-hand producers of their designs. Andrei Mincov, the founder of the Trademark Factory, explains that “the first thing the court will need to establish is what protected content…was used by the defendant.”[7] He continues, “this is very easy in the case of a registered trademark…but becomes increasingly [more] difficult as the content moves…toward a more ambiguous ‘general style’ of an item.”[8] Because a specific name or logo is lacking from a knockoff item, there is a heightened difficulty in proving trademark infringement. For these reasons, we are in desperate need of updated policies to protect against the shameless, blatant copying of unique, cutting-edge style and design.

*This is for informational purposes only – no attorney-client privilege has been formed.* 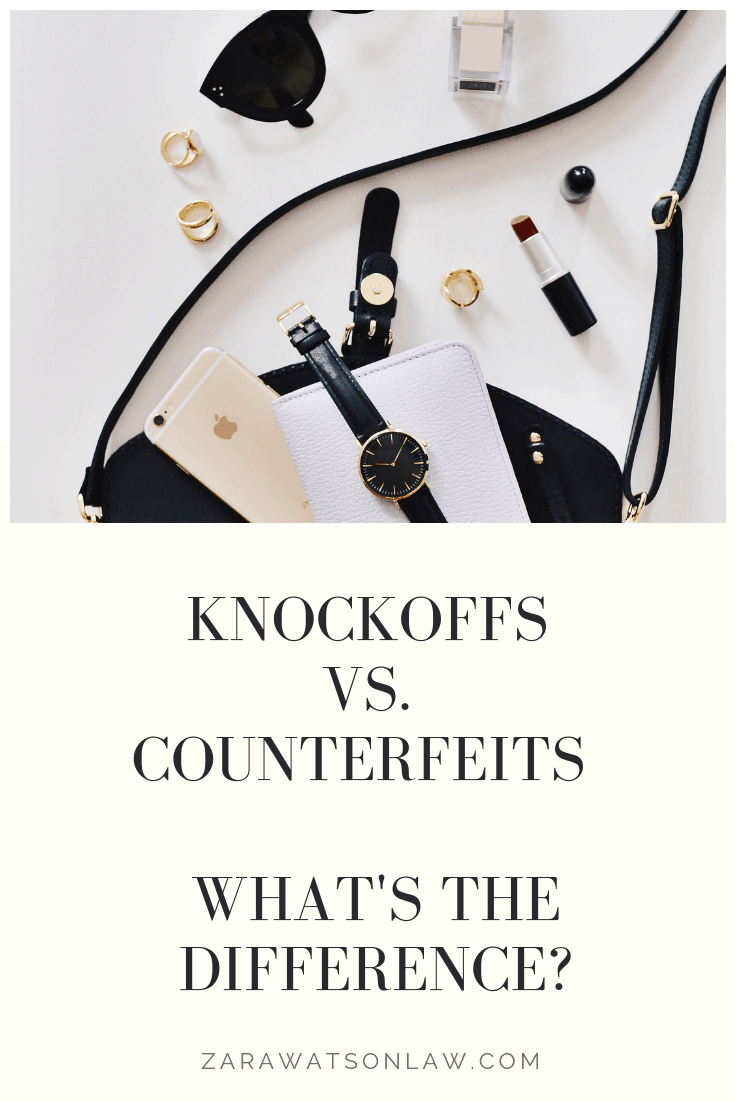 [1] Holmes, Elizabeth, So How Exactly Did Fashion Nova Turn Around Those Kardashian Looks So Fast?, Cosmopolitan, Nov. 7, 2018, https://www.cosmopolitan.com/style-beauty/fashion/a23555906/fashion-nova-kylie-jenner-knockoff-clothing/.